When the wealthy burgher Maleš founded a logging colony not far from Kutná Hora, he had no idea how much more his settlement would experience. In particular, the year 1424 made Malešov famous as the place where Jan Žižka defeated the people of Prague. Thanks to its rich history, which is also reminded by the original medieval shape of the square, the center earned the title of a city monument reserve in 2003. From the park with a monument to the victims of the world wars stretch Žižkovo náměstí, which is dominated by the Baroque church of St. Wenceslas from the 18th century, to the brewery courtyard with a newly established museum. The brewery operated from the 16th century until the Second World War, and shortly after the resurrection of the medieval fortress, it was also restored. In short, monuments lurk here at every step.

The historical core of Malešov includes quite a few valuable buildings, but its current state does not allow the monuments to exhibit their qualities. Degraded roads and open habitats, on the surface of which asphalt with gravel are mixed, are a ubiquitous problem. The greenery has long since grown into unimproved islands, the lawns are plagued by holes and generally do not bring a cultivated impression.

The largest part of the site is occupied by a square, we distinguish the northern half with a shop and parking lot and the southern, where we find a church, school, and town hall. There is also a park and a pond nearby. The most visited tourist fortress is repaired, but the farmyard, through which you can get here, is in insufficient condition. In addition, there is a brewery, a museum, firefighters, and a gym.

We deliberately try to interfere as little as possible with the original floor plan, preserve the shape, and simplify it. We want to give the vegetation more space than the current islands offer and also to heal it. The sidewalk passes freely in the grassy area, we do not create any height barriers.

The key material is paving made of stone sections of the yellow mix, which most evokes the original threshing roads, which, due to traffic loads and dust, lack application. The paving is also enriched by green areas with trees. These must be supplemented by thin trees, including places where they once were.

We are establishing new front gardens, mostly grassy; it would be great if people took the opportunity to plant a one-meter-wide strip in front of the house with the recommended plants – herbs and shrubs. We like the fact that the inhabitants are already beautifying the space with flowers, we want to develop this idea, but not force it.

From the design studio mmcité, we have chosen serial furniture that fits into the rural environment – it is made of acacia wood in its natural form or with an oil-based finish and with light metal parts.

After studying the most frequented routes, we found it appropriate to improve the abbreviations. We add paths of larger flat stones to the lawns – “pedals” in the same shades as the main paving. As for parking spaces, the number remains the same, we do not adjust them in any way, people can continue to park as they are used to.

This is the busiest area in terms of activities, we will find a fire station, brewery, entrance to the fortress, gym, and museum. This area should belong mainly to pedestrians and cyclists, the electromechanical barrier at the entrance will guarantee access by vehicle only for residents, it will calm the road and the yard itself. We adapt the surroundings of the museum to relax, we transform it into a park with seating and flower beds. The lighting of the building provides an exceptional atmosphere, so we place spotlights in the tiles around the perimeter of the museum, as well as floor lamps at the entrance and also in the garden. In contrast to the relaxation zone, the yard should be used for entertainment – it will be equipped with numerous seating, a podium, and play elements for children in the form of a wooden castle. In front of the courtyard, there is a pair of arched benches, one of which is made by a public fireplace. We surround the passage leading from the Fortress with wildflowers and grasses, and the plants also hide the water element.

This side of Žižkov´s Square has a practical character, the goal is mostly shopping and parking. If we divert traffic more in this direction, we will relieve the rest of the square, and therefore the courtyard. We keep the existing parking space, while we expand the greenery, even in front of the houses. Our attention was drawn to the blooming front gardens, they give the surroundings a beautiful rural character. We offer an offer to all those who are interested in planting this meter-wide strip at their own discretion instead of a trimmed lawn.

With regard to the Church of St. Wenceslas, it would be appropriate to calm the nearest space and adapt it so that it stands out. The surface of the whole square is made of sectional paving, which retains its rustic appearance, we also use it in the side streets and to connect the municipal office. We multiply the amount of vegetation again, according to the historical model we return fruit trees with a high crown. We will enrich the greenery and the alley connecting the pond with the square. We fill the shadows of the tree lines lining the road with benches and complete the look of the square. A footpath will also lead to the yard from here. In the end, we will light up the church, this also applies to the statues of saints behind it, a circular bench surrounds the tree nearby.

It does not have a purely relaxing function, as it is located at a busy crossroads, the locals stop here briefly, wait or shorten their way there. We are replacing the old sidewalk crossing the park with sectional paving, as well as a one-way path to the houses, where other new front gardens will come. One side of the acronym will be occupied by benches, the other by floor lamps, which will give us a more pleasant feeling of safety in the dark. Last but not least, we are adding a sidewalk with built-in spotlighting to the memorial. 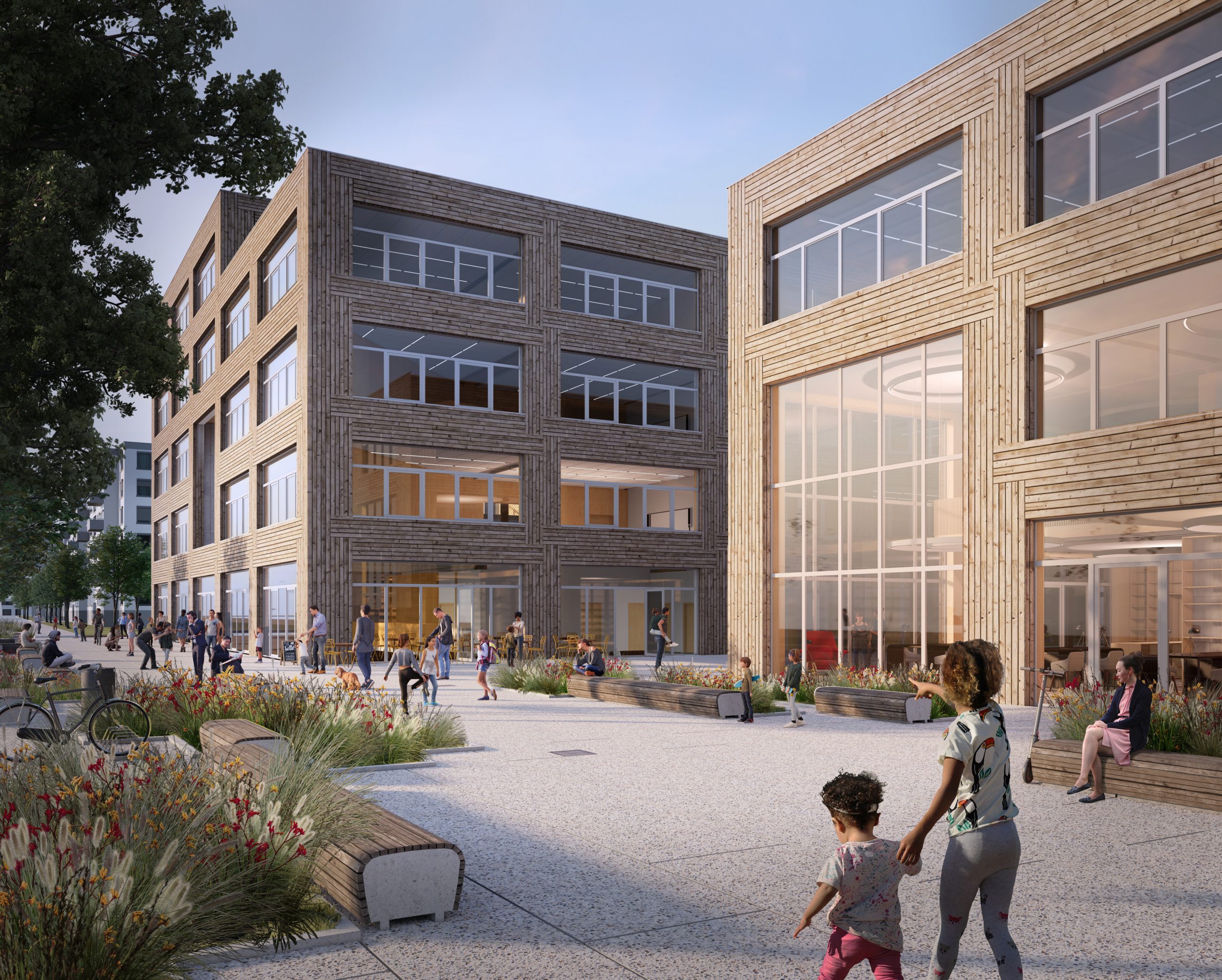